What must I crow about? 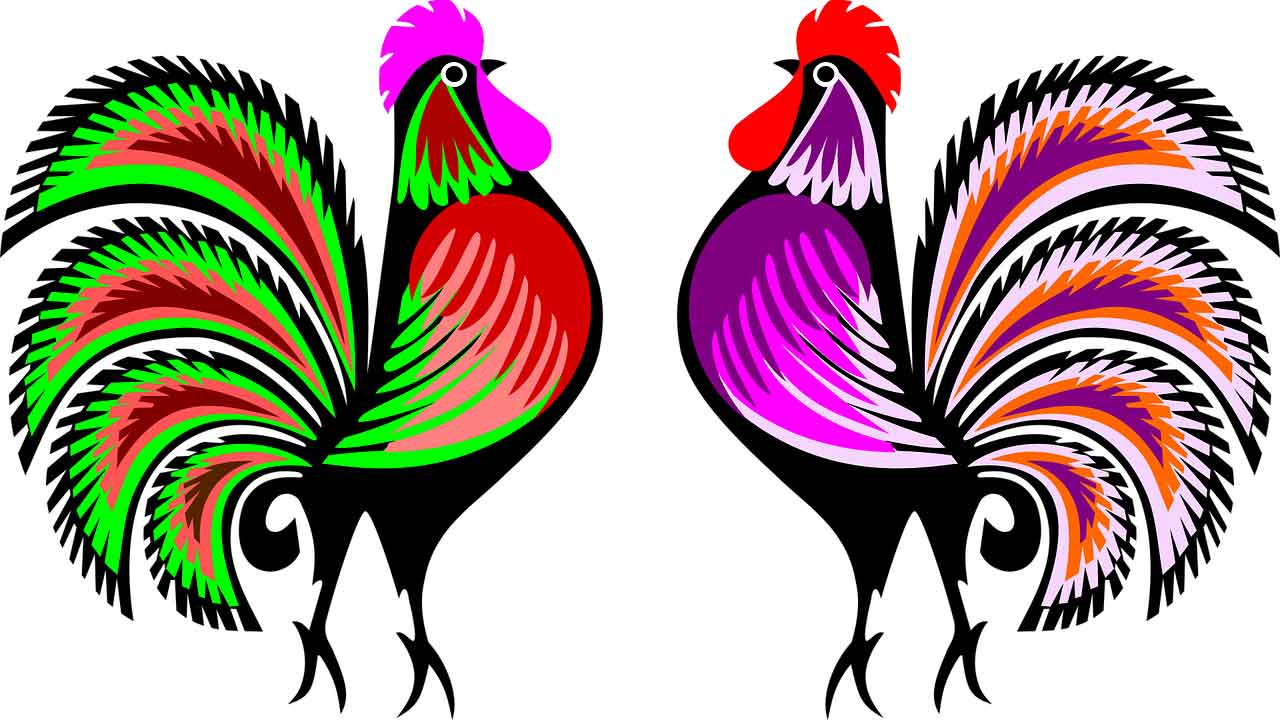 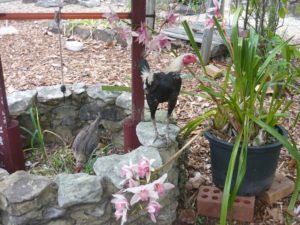 Recently, a friend was reflecting on what a rooster could symbolize in one’s life… And he started: ‘Roosters are known to crow, to wake people up in the morning.’ ‘So perhaps’ – he continued – ‘thinking about roosters, being interested in roosters, feeling drawn to roosters, might be a sign that we need to wake up with the daybreak and get on with our work’.

It’s a great metaphor. And some people are great at finding pertinent messages from the Universe as they encounter animals on their life’s path. Ted Andrews and our own Scott Alexander King have written books about it.

But then again… while the Universe might be sending me the message about getting up early, the rooster is probably going about his daily, important rooster duties: looking after his chicken family! Getting them to rise early and start catching those worms.

My first rooster, Czesław, was an incredible being. I never knew what it entailed to be a rooster. In my ‘modern life’ I thought of roosters as superfluous members of the chicken race – macho creatures who bossed hens around. Czesław showed me what it really meant to be a rooster, a good rooster.

He came into my life by chance (a meaningful chance, of course). 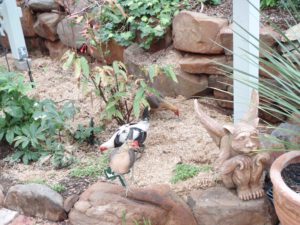 Originally I was thinking of getting a couple of girls. I knew that chickens liked living in groups so I knew I needed at least two individuals.

It was Christmas Eve and I was starting 2 weeks of holidays. I had planned to have chickens for quite some time and everything was ready and waiting for them. So I figured that I better get them now having 2 weeks to get them settled before I had to go back to work.

So, I went to a fodder shop to pick some chickens. I was thinking 2 girls. …But, as it happened, a group of 3 individuals caught my eye. Sweet little family I thought. And so I decided to take those 3 home: a rooster and 2 girls. These were Modern English bantams. And my intensive learning about chickens began.

What I wanted to share with you today was how floored I was getting to know what roosters do for their family.

Czesław was a fantastic rooster. He would check in the morning that it was safe to get outside their house, then he would lead the girls around the 1 acre garden. He would check and double check before getting the girls across any open areas and they would run from one undercover space to the next. Whenever Czesław found some delicious food he would call the girls. I couldn’t give him treats because he would give them to the girls. The only time he would finally have a few sunflower seed was when I locked him in the laundry and gave him the treats there. He would call the girls and call and call but when they didn’t show up he would eventually eat the seeds.

It really makes sense for the rooster to make sure that the girls are well fed. After all they will be producing eggs, the foundation for their next generation.

When the girls were feeding, Czesław kept watch. He had to watch for any potential predators lurking behind the bush or diving down from the skies. Big responsibility. All to make sure that the girls can stay safe and are able to get on with their jobs – feeding.

The day Malwinka laid her first egg I happen to be at home. (Czesław had 2 wives: Malwinka and Kasia. Kasia was already laying when I got them but Malwinka must have been a touch younger). Poor Malwinka, she was a tiny girl weighing less than ½ kg, and she was passing her first egg. I was feeling squeamish just watching her incredible effort. She went to shelter in their chicken house that was suspended in the propagation shed and shaded by a large pepper tree. Kasia was feeding in the garden near the main house which was good 25 meters away. Czesław was making rounds between Kasia and Malwinka. He was there when Malwinka finally managed to pass the egg. Malwinka’s legs were shaking. She was visibly drained. I picked her up so she wouldn’t need to negotiate the way down from the chicken house and took her to the back of the peoples’ house where she could join Kasia and where I could more easily keep an eye on her as she regained her strength. Czesław got there in a blink of an eye and kept looking after the girls.

Watching Czesław’s dedication to his family made my heart expand with love because he was showing me that there was love (and commitment) among all creatures great and small. 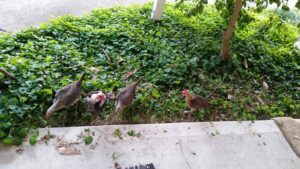 Czesłąw looking after his extended family

I even started saying that I wanted a husband like my Czesław… until someone reminded me that roosters have many wives. J

I am sure Czesław didn’t crow for the benefit of humans but because of his commitment to, and love of, his family. I just happen to have an on-flowing benefit of a wakeup call… and I woke up to my new appreciation how great roosters are! And… that’s right… I can’t stop crowing about it!

Check out this video

A great story captured in moving pictures! (yes, moving as in the video and moving as tugging at the heart stringsJ).