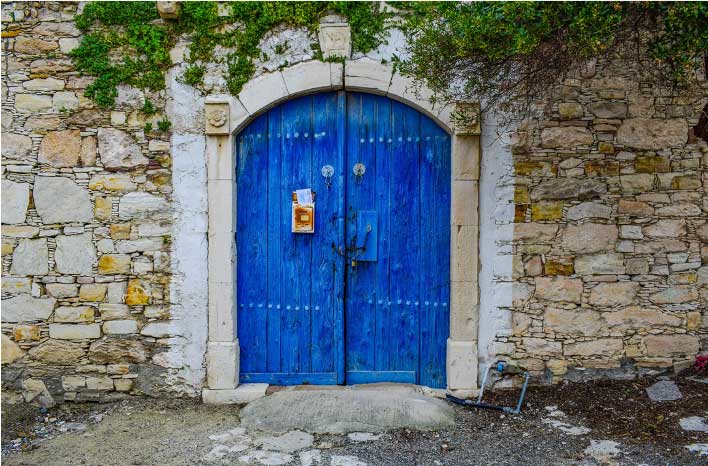 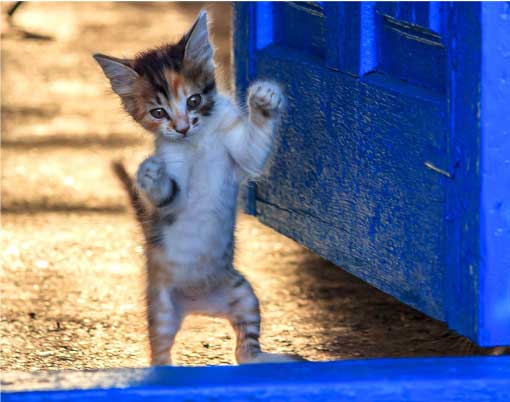 Imagine you have been travelling for a long time.  Perhaps you are feeling tired from the long trip.  Maybe the long absence from home has loosened up your sense of place.  You are possibly feeling adrift and a little confused.

Suddenly you find yourself in front of a deep blue door.  “Where am I?” you ask yourself.  “Blue door… perhaps this is the Mediterranean?” you wonder.  And as you stare at the blue door wondering what to do and why you are suddenly in front of a blue door… the door opens.  And beyond the door rather than finding an interior of a house you find yourself staring at an ancient street.  The light is dim and you can just make out the silhouettes of the old tenement houses on both sides of the narrow street.  And then as you look down to examine the paved surface of the street in search of clues to where you are, you notice a tiny cat.

To your surprise you hear the cat speak and he invites you to his world beyond the blue door.  Are you game?  Will you cross the threshold and explore this unknown domain behind the blue door?  Will you boogie with this cutie?

If you’ve ever spent time with an animal you would know how knowing an animal can open up new vistas, new perceptions.  I remember a story that a friend told me; a friend who was learning to dive and yet was afraid of being under water.  She was lucky to be learning scuba diving in the tropical waters of Queensland.  After doing all the preparatory exercises the day came to do the first sea dive.  She was a little nervous thinking about jumping into the deep blue sea.  But she jumped.  And as she found herself under the water she suddenly saw a colourful fish passing by.  She was entranced, and this experience of utter magic made her forget her apprehension and allowed her to enjoy the dive… in this deep blue sea full of wonders.  She crossed the threshold, and the fish helped her to discover the magic beyond what she knew before.

Joe Hutto, a naturalist, was given a clutch of wild turkey eggs from an abandoned nest.  He incubated the eggs (in an incubator) and looked after the young turkeys pretty much 24/7.  In his book “Illumination in the Flatwoods” he described his experiences and remarked that when he was walking through the woods with his turkeys, it was as if an invisible door opened up in the woods.  And when the turkeys grew up and left, that invisible door closed shut again. 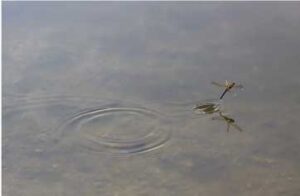 Animals touch our lives. And even if they touch as lightly as a damsel fly would touch a surface of water, they leave ripples in our lives that change us and we remember them forever. And I bet, anyone who had an animal would attest to that.

Animals add magic to our lives. They teach us how to love deeply and unconditionally. They show us how to be in the present moment. They show us the courage to be authentic. They help us to add magic to our lives.
So, the next time you are with your animal give them that little bit more attention and notice the gifts they bring. And of course, show your appreciation 🙂 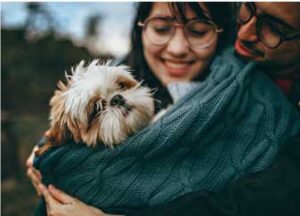 Another way to cross the threshold of magic that comes from the animal kingdom could be through hypnosis. This way you can venture into the place where animals can help you to see with magical eyes.  This will give you a new perspective on any situation in your life.  There you can try-on the qualities that different animals are known for.  There you can discover more of what is authentically you, and what gets hidden or overlooked in your daily routine. 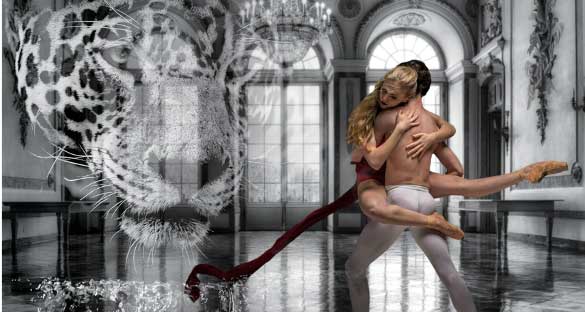