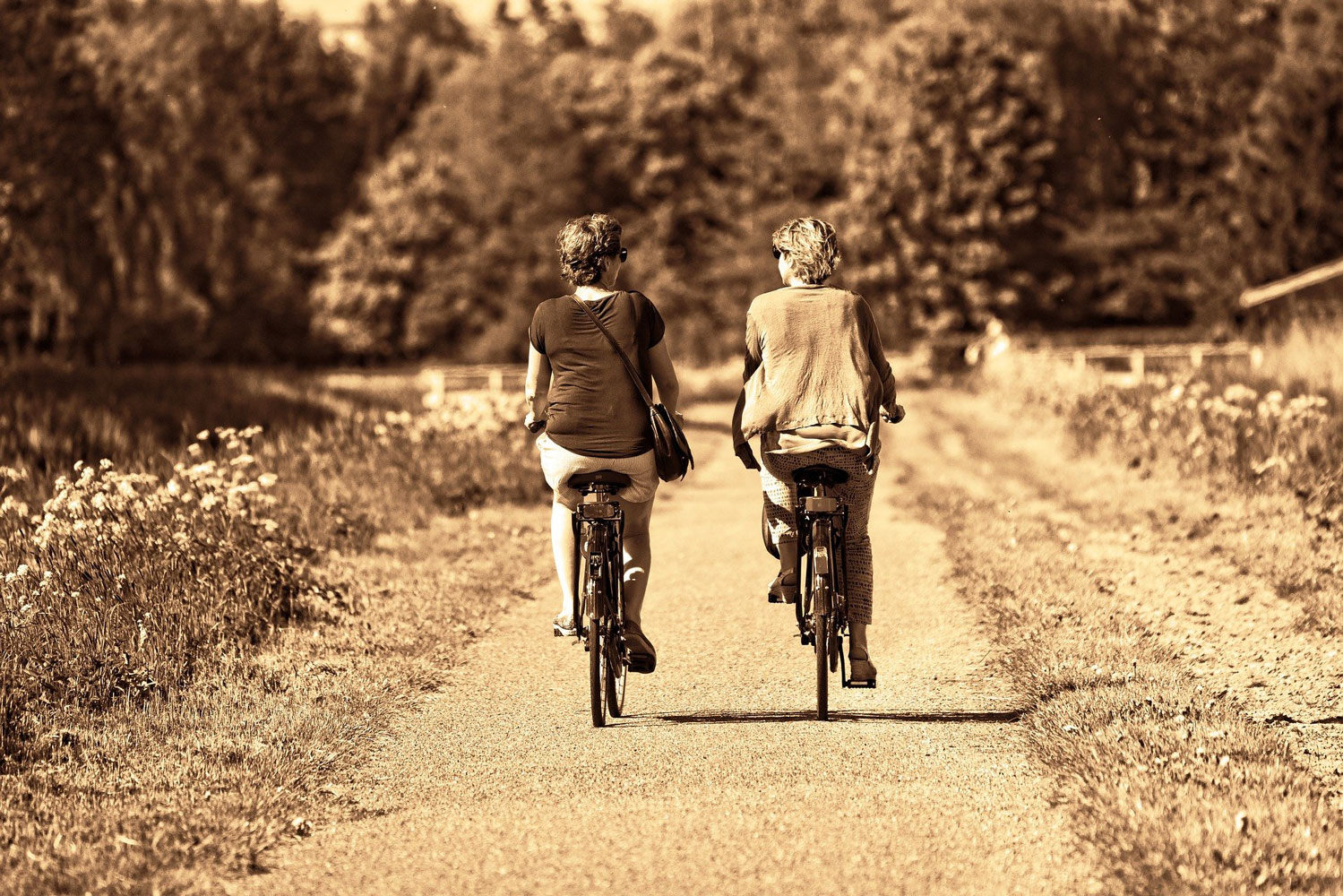 Do you remember last time, when something someone did, moved you? What did you find admirable about that person?…

What do you admire most in yourself?…

What makes a life unquestionably worthwhile?…

Sometimes in our travels – or on a trip to the movies – we can get in touch with an experience that makes our Soul sing. I like to notice such moments. I even like to write them down. Remembering these moments later makes me feel good and helps me find a way forward when I find myself in difficult circumstances.

What about you? What makes your Soul sing?

Recently I was watching Thelma and Louise. As you probably remember, their story takes many twists and turns. One unwanted incident changes all aspects of their lives. We witness them making choices. At first they are very aware of options that ‘good citizens’ would be expected to take. But those ‘good’ choices come with potentially very painful personal consequences.

They choose the best they can trying to find a middle road between what is good for them and what is expected of them. Progressively they are getting themselves drifting further and further away from the expected behaviours. Tragically this is their ‘catch-22’. When they try to escape the consequences of the first crime (killing a guy who was about to rape Thelma) the money they have to fund their escape gets stolen. In desperation they rob a store and as a consequence progressively ruin their chances of being able to return back to the society on decent terms. With each act of crime, they bury their chances for the ‘normal’ life deeper and deeper. Ironically, at the same time, they reach deeper into their own resources – their resilience, their mutual loyalty, and their growing understanding of themselves. 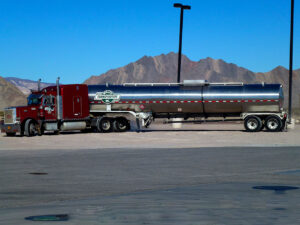 Finally, they do something a little different. Up to this point, they would commit crimes because if they didn’t they could not continue their escape. And then they do something a little different. When they come across a truck driver who on multiple occasions displayed inappropriately sexually charged behaviour, they decide to make him apologise. They are not doing this so they can escape from the police. They are doing this because, even though the law doesn’t classify such behaviour as crime, they know deep down it is wrong. They ask the guy to apologise. He refuses. And so he has to face the consequences. And yes, the consequences are explosively theatrical – it’s a movie.

No, I don’t advise doing crime, running from the police, or be someone’s judge and jury. Though, some circumstances might make it difficult for the most law-abiding citizen to follow the rules. Thelma’s and Louise’s circumstances were definitely complicated – and most viewers must have agreed because the protagonists were well loved by the movie goers. (I don’t know about you but I wanted them to get to Mexico and drink tequilas on the beach.) 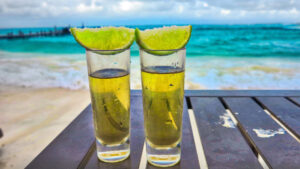 I guess the ending is politically and morally correct – the criminals don’t get away scot-free. But do notice, they don’t end up at the bottom of the Grand Canyon in a black plume of smoke. They are flying in their blue Firebird high above the canyon… holding hands, affirming their connection to each other and to the life lived with integrity.

You might ask, how can a criminal live with integrity? Well, these women did not set out to commit a crime. They became entangled in crime. Trying to preserve their personal freedom they had to make choices in the face of unfamiliar circumstances. In the process, they discovered the real experience of freedom.

To-date they were orderly members of the society. One might even say that Thelma was an oppressed member of the society, oppressed by her own husband and pretty much cut off from a lot of her life’s potential.

At first, they refer to the societal rules of what’s right and what’s wrong when considering their options. After Louise killed the rapist Thelma wants to go to the police. Louise, who has experienced a similar incident in the past, knows that law is not always on the side of truth and justice. It is clear that both women are shocked with what happened and the predicament they are in. Thelma has an emotional breakdown. And Louise throws up. To stay out of jail (and the possibility of capital punishment) Louise decides to run away to Mexico.

Already on the run they get robbed. All their money is gone and the possibility of making it to Mexico is fading rapidly. Thelma, feeling responsible for that loss, robs a store. They need money to buy gas and food if they are to have any hope to make it to Mexico. Louise is stunned. Thelma is clearly surprised that she could pull it off. Then Thelma’s incredulity gives way to a jubilation. She even comments that she might have found her calling. This behaviour is against all what they were taught by the society. At the same time, it seems to bring them a new sense of agency. 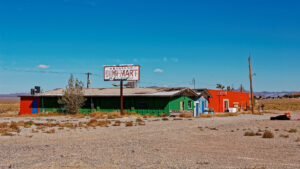 It is a time for contrasts and contradictions in their lives. On one hand, they must be still hoping for a possibility to return to their old life because Louise still keeps calling Hal, the policemen, maintaining her tenuous connection to the past. On the other hand, with each crime (that pushes them further and further away from the past) they get that new sense of agency and they are experiencing life from new angles – sometimes frightening, sometimes uplifting.

And so, they vacillate. Overtly, Louise declared she was going to Mexico but she still keeps calling Hal. She is clearly holding to the past and doesn’t want to burn her bridges.

Then there comes the point of no return: Hal tells Louise that they have been charged with murder. Moments later Thelma, concerned that Louise might make a deal with Hal, declares she cannot and will not go back to her old life. She has changed and now she could not possibly go back to living with Darryl.

They push on. Finally, the heaviness of the indecision is lifted. They can’t go back. This somehow gives them a sense of new level of freedom. They don’t need to feel bound by the society-imposed rules. They are truly on the other (some would say, wrong) side of the law. Now, free to live according to what they choose, they choose to improve truck driver’s appreciation for the need to respect women. All they ask of him is to apologise but when he arrogantly refuses… well, they dish out the punishment.

And they are clearly pleased with what they did. They did what was important to them. They were not frivolous. They listened to the deepest truth they knew, the truth that came from their very core. Through their ordeals they learned to listen to that truth. They learned to listen to their heart (which according to Traditional Chinese Medicine is a better judge of truth than the head) and they were jubilicious! (Yes, there is such a word. Have a look in the Urban Dictionary.) 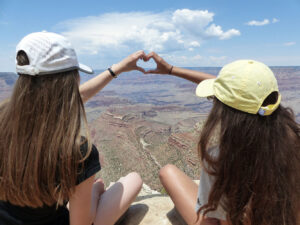 No wonder at the end they made the choice they did. What would you choose? Do what police demanded? Get out of the car, get thrown in the dust and cuffed? Have your body clothed in jail colours and your Soul crumpled? Or would you choose to affirm your commitment to you – to know your heart, to choose according to your heart, and to feel the heady joy of freedom?

Sure, not all choices driving humans are wholesome – probably because many of them do not come from the heart. Desire for power, rank, wealth, revenge – these come from the head, from the pride, from envy.  Thelma’s and Louise’s choices come from the heart and that’s why we love them. We see their less than perfect circumstances and we see their effort to overcome them while staying true to their hearts. And because they stay true to their hearts that gives them courage to face the final challenge and to choose to stay faithful to themselves – not to get out of the car and into the dust but to keep on flying in their Firebird. And this is also what makes the viewer to admire and seek that kind of courage to be free.

We all long for it. And sometimes we mistake a mammon for the truth. The key is to be observant not just of our external circumstances but also of our inner life: our emotions, our reactions, our hopes and true desires. It is easy to mistaken the superficial desires for the true desires. Mindfulness, meditation, long walks – any trance inducing processes can help. You might want to walk the labyrinth, have a hypnosis session, or kinesiology stimulated release.

And I bet you already know when you are living out of the integrity with yourself. At those times, we feel that we are living from the best version of you. And this gives us a sense of freedom and an unstoppable sense of courage.

Let me know your thoughts about freedom and courage. And if you loved Thelma and Louise, let me know what themes in this movie were important to you recently.

…and remember to keep checking your inner compass on you adventure through life. 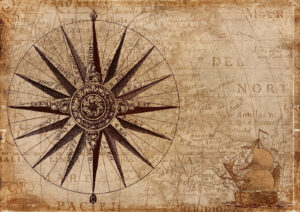 Urban Dictionary: jubilicious – a person with radiance that comes only from within